Last week we attended the fourth Familiarisation trip organised by Denbighshire County Council Tourism Team, designed to  highlight the best parts of the area with local tourism businesses so they can share the knowledge and encourage visitors to delve deeper into our local history, attractions, cafes and shops.

This time it was the historic town of Ruthin’s time to be highlighted. Ruthin does pack a lot of punch for a small market town. Its especially rich in history and as we visited each attraction, layers upon layers of history emerged. 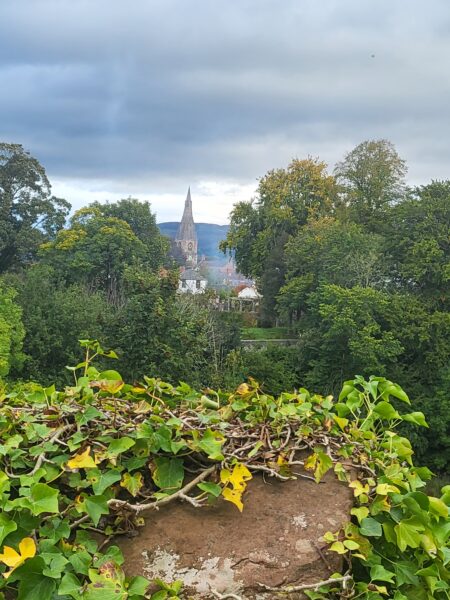 Our first stop was Ruthin Castle now a luxury hotel.  Our guide was  the very knowledgeable Heather who lives and breathes Ruthin and offers a Royalty and Rogues guided tour on a regular basis.  The castle has had many different custodians over the years, and plays a huge part in Welsh history.  The original castle was constructed by Dafydd ap Gruffydd the brother of the last Prince of Wales, Llywelyn, as part of Edward’s the first rule over the Welsh. However when Llywelyn was killed in battle outside Builth, his brother changed sides and turned against the king. Unfortunately he was then captured and hung drawn and quartered.  It then became the base of the De Grey  family,  Reginald de Grey is most notable  for sparking Owain Glyndwr’s Welsh rebellion after he stole some of his land in Carrog. During the English Civil war it then withstood a 12 week siege as a royalists stronghold. 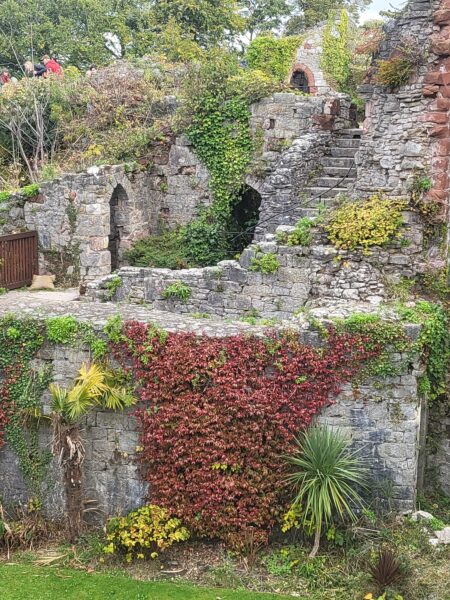 More recently the castle had a more frivolous history with the Cornwallis West family, William was an MP and his wife Patsy was very fond of entertaining and a good friend of Bertie the Prince of Wales (hence the name of the restaurant) her party trick was to slide down the stairs into the party on a silver salver.  They were the last family to live in the castle before it became the Duff House Clinic a private hospital for the rich and famous. It then became a luxury hotel as it is today and its open for everyone to enjoy the beautiful architecture and gardens and the peacocks. 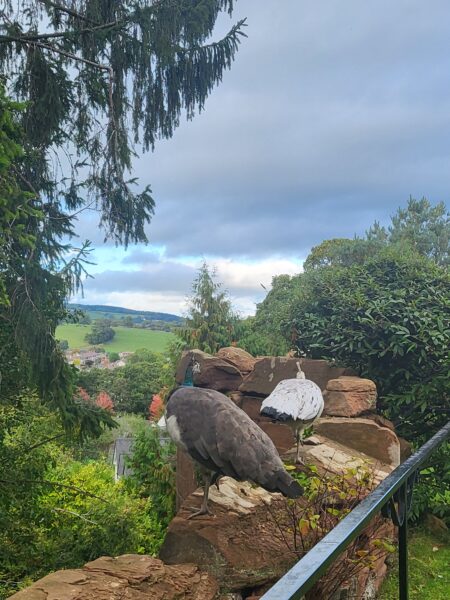 Our next stop was Nant Clwyd Y Dre a huge favourite of ours in the North East Wales team.  It was originally  built in Medieval times from about 1435, when Ruthin was a prominent  town in the weaving industry and the street it was built on was only allowed to house  affluent English, whereas nearby Well Street was where the Welsh people lived.  It is the earliest timber framed house in Wales and what makes it especially interesting is the development of the house over the years with its subsequent owners. All five centuries of use are depicted in the different rooms and it makes for an enchanting time travelling experience. 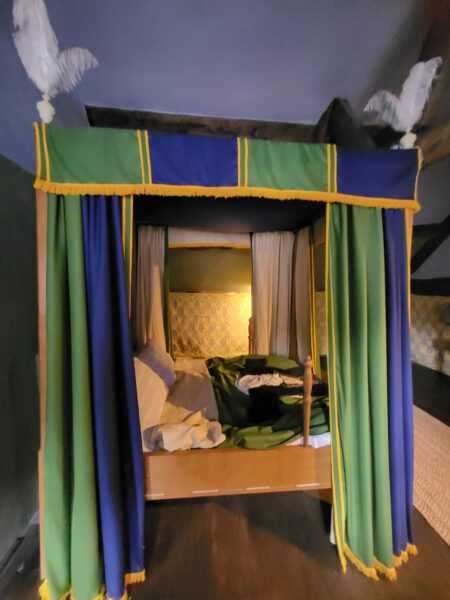 We then visited the Old Courthouse, now a community space but also the oldest public urban building in Wales with recent tree ring dating the timbers back to 1421.  It has been beautifully restored with high tech equipment and is now open with the help of volunteers for the community. 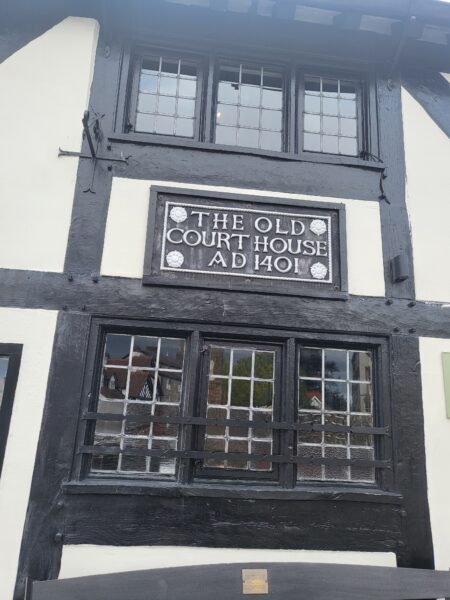 We then had a delicious lunch at Cafe R followed by a talk and  tour of the latest exhibition by Helen Yardley Drawings for Floors in the craft centre, before discovering the Ruthin Art Trail and a story about Mael Huail which according to the legend, a 6th century chieftain of noble descent called Huail was beheaded upon the stone by King Arthur. How it came to be here is not really known,  it would seem likely that was originally in use as a ‘market stone’ or ‘civic stone’ upon which business affairs were sorted, or it was ‘a preaching stone’, because at the end of the 17th century it stood in the middle of the market square. 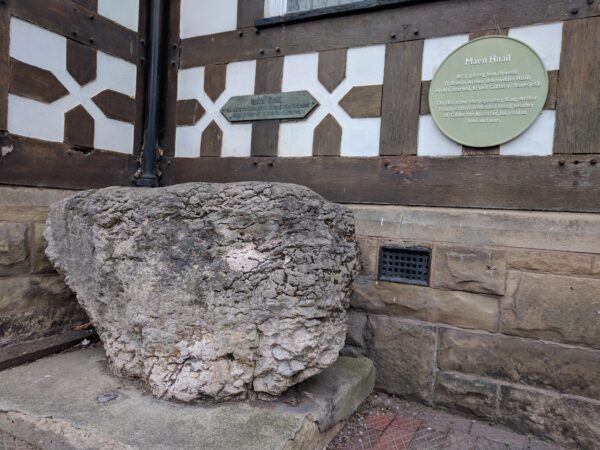 The day ended with a tour of Ruthin Gaol which is the only purpose-built Pentonville style prison open to the public as a heritage attraction. People can spend time exploring its nooks and crannies and learn about life in the Victorian prison system. See how the prisoners lived their daily lives: what they ate, how they worked, and the punishments they suffered. Explore the cells including the punishment, ‘dark’ and condemned cell. Find out about the Welsh Houdini and William Hughes who was the last man to be hanged there. Due to reopen again to the public in April 2023. 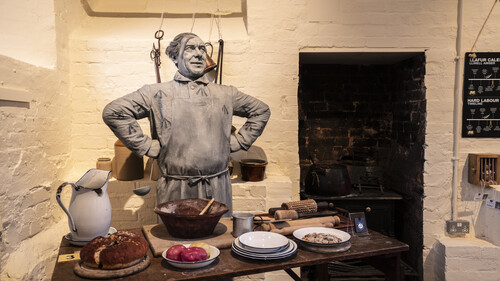